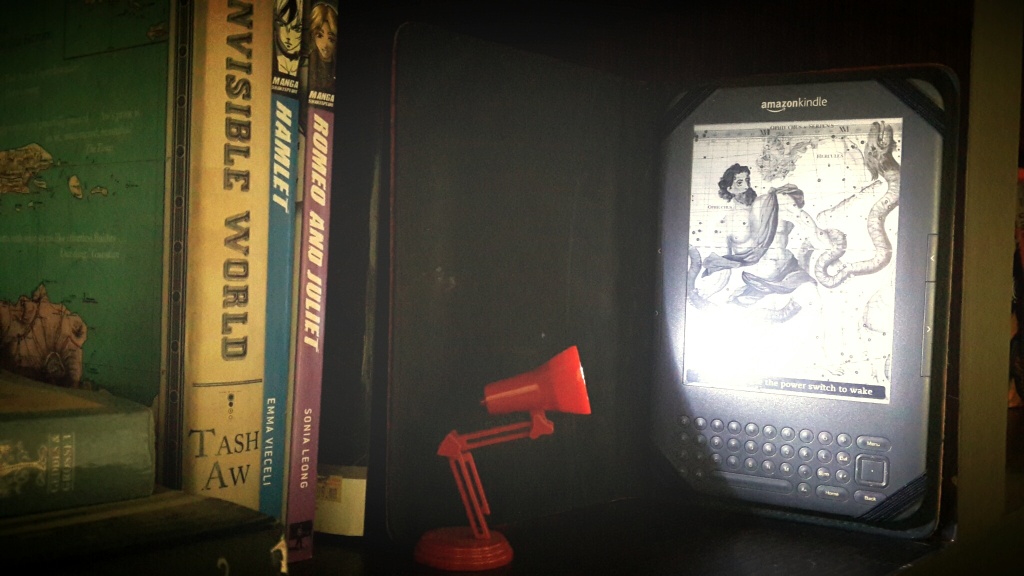 “…There are plenty of people who, you know — people who still like the smell of books.”

“The smell!” Penumbra repeats. “You know you are finished when people start talking about the smell.” He smiles at that – then something occurs to him, and he narrows his eyes. “I do not suppose you have a… Kindle?”

It’s been a while since I’ve discovered a book I just can’t stop reading… on the bus. Before bed. On my lap in office while feigning a headache. And everywhere in between. Mr Penumbra’s 24-Hour Bookstore reminds me of one of those books mentioned in Harry Potter. You know, the sort you just can’t stop reading? Seems I’ve discovered one of those books, doing my chores in between the lines. I wonder though, if Mr Penumbra would mind that I’m reading this story on a Kindle instead of a hardback. Ah well. From the way things are progressing right now (I’m 45% through) I’m pretty sure he won’t mind.